Adelaide Brighton Cement’s name is synonymous with cement; it’s what we were founded on in 1882, in South Australia. Today, our cement & lime manufacturing facilities and distribution centres are strategically located across Australia, giving us the flexibility & capacity to meet the needs of our customers and together, help build a better Australia.

Our wide operational base facilitates prompt supply to our customers, complemented by our vertically integrated business model, allowing us to provide customers with a complete service solution. We are known for our agility in meeting customers’ needs and building long term partnerships that add value.

Our NATA-accredited laboratories ensure that only the highest quality cement is supplied, while our logistical teams have the know-how and experience to deliver cementitious material, in bulk or packaged, to the remotest locations. 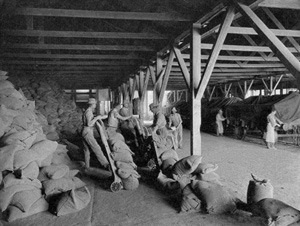 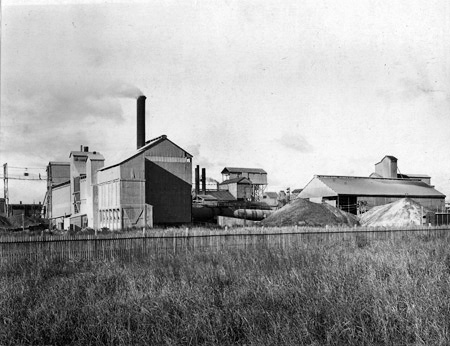 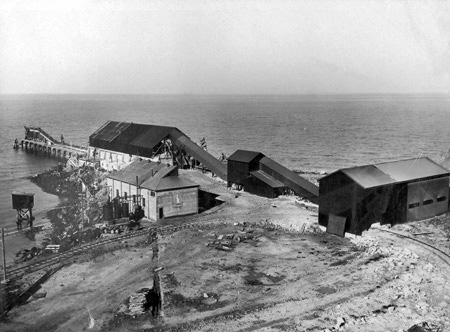 Adelaide Brighton Cement Limited is part of the Adbri Ltd group of companies. With Adbri Ltd operations in every mainland state, and over 1600 employees nationally, we have proudly kept the tradition of high quality, locally manufactured cement alive and viable within Australia.

After almost 3 weeks of intense movement on the Stock Exchange, ‘Adelaide’ announced that it had secured more than 75% of the ‘Brighton’ shares and on April 1971, the Boards of the two companies announced the forming of what is now known as Adelaide Brighton Cement Limited.

Till then, S.A. Portland Cement Company had only made two types of cement, ‘normal’ and ‘high early strength’, the later having been introduced in 1929. In the 1960’s three more types of cement were introduced to the marketplace, ‘sulphate resisting’, ‘masonry’ and very light-coloured cement that in keeping with the history of the company, was named ‘Brightonlite’.

By November, a sales agreement was signed, which developed into a profitable arrangement for both companies for over a decade.

Talks recommenced between The S.A. Portland Cement Company and Adelaide Cement Company Limited, discussing the possibility of a merger, proposing the combination of their resources to increase supply in an attempt to meet the growing market demand.

After the new Works at Angaston had been successfully tested, the old raw mill at Marino was switched-off, and the new Angaston Works was officially declared open in December.

Construction of the Angaston Works commenced in June, with the concrete chimney stack reaching its full height of 204 feet by Christmas 1951.

As a result of this direct competition, the S.A. Portland Cement Company took steps to increase production by refitting much of its plant, and increasing the number of employees to 104. Over the next 40 years, many advances in technology helped the cement industry to grow substantially.

Due to the lack of stone reserves the S.A. Portland Cement Company decided to relocate the Works. After extensive testing, it was decided that the new Works would be situated at Angaston due to the vast natural stone deposits.

The Board examined a proposal of merging the S.A. Portland Cement Company and its competitor, Adelaide Cement Company Limited, however, the proposal lapsed due to lack of enthusiasm from the shareholders.

Due to the growing demand, A.W.G. Pitt founded Adelaide Cement Company Limited at Birkenhead, recognized as the rival company, which used limestone from Yorke Peninsula that was transported across the gulf by steamship, and black mud (clay) from the Port River.

Many of the existing shareholders registered a new business, The S.A. Portland Cement Company, which made numerous upgrades like the implementation of the first cement mill powered by electricity. Demand was such that the works could not maintain supply.

Over the following decade, The S.A. Portland Cement Company flourished, growing in size and in stature. However, a terrible fire on November 1909 destroyed the Works, located at Marino. An important financial loss was the result, driving the company into a Voluntary Administration in order to gain financial funding.

Private investors, many of them prior shareholders, purchased the Company to form the private company The South Australian Portland Cement Company

Increasing financial debt and a change of government, who reduced existing import tariffs, caused the Company to go into liquidation in late December.

William Lewis, William Shearing and a number of shareholders founded The South Australian Portland Cement Company Limited. A new manufacturing plant was built, and later opened by December of the same year

William Shearing and William Lewis erected an experimental Cement plant. By using limestone and clay they manufactured a crude version of Portland cement, which after some technical refinement, the first batch of marketable cement was produced.

On the 12th of December William Lewis’ Brighton Cement Works was officially opened, this date marks the commencement of the Portland cement industry within Australia.

We are always ready to deliver on our promises.